Everybody now-a-days is fond of street food. Wherever we see the street food while passing by, we stop at once to taste it at least. With the passing time, new and new inventions in the type of food are being made to attract more and more customers. The main aim behind it is to satisfy customers and earn money.

Mr. Eniyavan is the person in Chennai who is now a days famous for his delicious idlis. Therefore, the people have started to call him as “Idli Man”. He, through his experiments has made at least 2000 varieties of idlis. His shop is now the most visited place by tourists and local people.

Mr. Eniyavan is a 8th class drop out, who had no choice other than being an auto driver. A women daily with a heavy box full of idlis used to pass by him to sell those idlis in the street. Seeing her daily, he got inspired and thought of opening his own idli shop one day and eventually he did. He opened his own shop of idlis and started selling idlis.

The shop of Mr. Eniyavan does not contain just the regular idlis or fine cakes but 2000 varieties of it. He has all sorts of idlis. Here you can get the favourite dish of children that is pizza but in the form of idli pizza. Here you will also get idli with chocolate, corn and orange, also mickey mouse shaped idlis, kung -fu-panda idlis everyday. He has also tried seasonal fruit idlis and coconut idli and chutney stuffed idli.

World Record by the Idli Man

The idli man did not stop and tried his luck in Guinness book of world records by making 124.8kg idli. He invented pizza idli as once his children asked him for pizza. He took a piece of idli and garnished the idli with some leftover vegetables which exactly gave the taste of pizza. So this way, he invented pizza idli.

No work is small or big. It’s all how we consider our work. If we work hard, nothing can stop us from achieving what we want. Thus, God helps those, who help themselves. 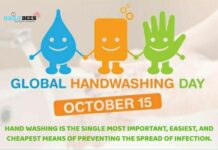 The Battle of Haryana and Maharashtra Assembly Elections 2019

Vijayadashami: How to Celebrate Dussehra in True Sense? 10 Lines on...