Home News and Events Why Did One Person Buy The Complete Stall at Surajkund Mela?

Yesterday on 8th of Feb, an incident happened at the Surajkund Mela that has literally become the talk of the town and has grabbed many a headlines. A common man, Mr. Sonu Kumar, who came to visit the fair, suddenly captured the highlights of the fair when he bought a complete stall all by himself, leaving the owner of the stall happy and shell-shocked, both at the same time.

The wave of shock literally spread around soon and Sonu Kumar was surrounded by visitors and reporters who wanted to know his reason for spending a whopping sum of 60,000 INR; because to an average onlooker, the stuff of the stall was plain regular. But Sonu got to know something that others did not know. Sonu told the reporters that while browsing through various stall, he happened to come across the stalls which were selling the items made by the jail inmates of Haryana Jail. And then he came across the stall that was selling the stuff made by inmates of Sunaria jail. He said that he and his family have been the followers of Saint Dr. Gurmeet Ram Rahim Singh Ji Insan, who is currently in the Sunaria Jail, and as soon as he got to know that the items made by inmates of Sunaria Jail were being sold, he bought them all out of his love and faith in Baba Ram Rahim. These items include fruit baskets, chairs, tables etc. Mr. Sonu Kumar spent 60,000 INR and bought every single item on that stall.

The stall owner Mr. Lalit Bhardwaj confirmed his purchase and said that at first he could not believe that Mr Sonu Kumar placed his order, but as soon as he got to know that Mr Kumar was the follower of Dera Sacha Sauda, he knew that this was possible. This was the first time that he saw such a happening and was extremely happy for the sales he made.

As for the rest of us, it truly is an example of the epitome of faith and love of a disciple, almost reminding us of the ‘Guru-Shishya’ stories from ‘bhakti-era’ that we used to read in our books. The incident is also a testimony to that fact that the love for Baba Ram Rahim amongst his followers is an ever-lasting affair, which definitely has stood against the test of times. 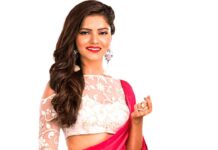