Guru is considered as an individual who can connect others with divine power God. Basically Guru is the one who can banish the darkness of unawareness among his disciples and enlighten them towards the path of righteousness.

The word guru is derived from the Sanskrit language which means the one who can take the person from darkness of unconsciousness to light of knowledge.

The presence of Guru in one person’s life is the bliss of God as the Spiritual Mentor can have an inimitable treasure of divine power and prowess which can make the follower able to enjoy the happiness of worldly comforts and gain the grace of heavenly powers.

The Guru as Guide of Spiritualism –

When a spiritual teacher accepts somebody as his disciple then he takes the responsibility of finishing the cycle of birth and death, acts as a pathway to take the soul to its origin God. Moreover, the Guru firstly prepares the soul as recipient of that divine knowledge of enlightenment by giving a method of meditation which is known as Guru Mantra. The continuous recitation of these holy words can open the way of reaching divinity. The disciple is guided towards the good ways of leading life and in context to the present era, the one is taught how to become able to join with supreme power. The Guru tells the followers about the meaning of humanity and emphasizes the concept of doing welfare of others to get closer to God and his blessings. The Guru guides the disciples about the difference between good and bad, evil and virtue which is the only primary step to get forward onto the path of spirituality. Hence, Guru serves as the one who cleans all the stains of negative powers such as lust, envy among others to make the soul pure.

The importance of Guru Purnima in Hinduism –

It is quite evident that Hinduism extremely signifies the Gurus and their preachings for mankind. The incarnation days of almost all Gurus are combined with the Moon analogy. As the moon is the source of sheen for stars, similarly, the Guru brightens the lives of followers with his knowledge of both realms. The first full moon after the solstice is observed as Guru Purnima in Hindu religion and disciples of all Gurus in India do numerous activities to show their gratitude towards their Gurus.

The origin of Guru Purnima –

Almost fifteen thousand years ago, one sage appeared on the peak cliffs of Himalaya. The people were unaware about his sudden arrival and gathered to meet him as his divine attraction forced people to come and see him. However, he was keen on his meditation and did not give any sign of attention towards the present people. People were confused about it but conveyed about his aliveness when tears of elation came through his eyes onto his face.

When he did not open his eyes for a long time then people left that place but the seven persons just decided to wait until he would get back to his earthly life. Eventually, he opened his eyes and found those men around him. They requested the sage to bless them also with a way to experience the same ecstasy as he was enjoying. The sage denied at first but convinced at last and gave the preparatory method and again closed his eyes.

The seven men started mediation of these words.The long time of combining days, weeks, months and years had passed but the sage remained in the same position for next 84 years. The seven disciples had also not left the spirit and stayed keen on meditation. On the day of the full moon after the solstice, the sage opened his eyes and found that the seven became quite pure souls and got the fertile land of mind to sow the seed of spirituality. Then, on the next full moon he gave the method of meditation to them and blessed them with divine powers.

After that this sage became Adi Guru, which means first guru on this earth.

Subsequently the seven disciples also mastered that method and preached the same lessons of spirituality in the world.

How this day is celebrated in India?

On this day, different ways are opted by people to please their Gurus.

Most of them go on one day fast and also recite the words of their mentor while others do worship of their Guru by visiting their place. People try to spend this day in the aura of Guru.

Today many people do welfare tasks like providing food, clothes and other help to needy people in the reverence of their spiritual teacher and his well being.

What is more, this day is now not only entitled to spiritual gurus but the academic teachers are also honoured by students.

In distinct educational organizations this day is celebrated to value the efforts of teachers. The teachers are regarded warmly and gifted by learners.

Therefore, having a true spiritual master in life can convert the unfortunate to the luckiest one as the only presence of Guru in life is capable of finishing various evils from the life of a disciple. 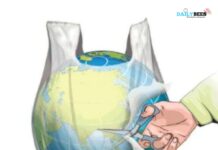 9 ways to make your father feel special on this Father’s...