Special award ceremony held on September 17th, 2020 in Abu Dhabi was a memorable meeting for everyone. Chennai Super Kings paid a grand tribute to star players before defending the Mumbai Indians in the opening of IPL 2020 on September 19, 2020. Players like MS Dhoni, Ravindra Jadeja, Dwayne Bravo and various others were commemorated there.

How was the meeting special?

The meeting was made special by turning the ordinary pre-season dinner into a memorable lunch this time. And the super duper awards given to the champions made the meeting more adorable.

Players who were rewarded

Various players were rewarded in different ways depending upon their skill and capabilities. Main one’s are listed below: 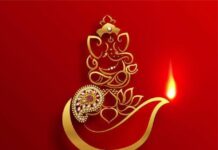