Home News and Events Sprituality This is What Exactly Happens at Dera Sacha Sauda on 23rd September!

India is a land of spirituality and religions; having 29 states and 7 union territories, each unique in their own way; a country where over 33 million deities are worshiped by different cultures; and a land that has given birth to great social reformers, saints and many multi-talented people. I am always fascinated by the rich culture and history of our great nation, and in particular by the works, lives and sacrifices of the social reformers and saints born in different eras. Kabir Ji, Raja Ram Mohan Roy, Guru Nanak Ji – the list of these inspirational icons is endless. However, a friend of mine brought my attention to Saint Dr Gurmeet Ram Rahim Singh Insan, who is followed by a lot of people around the world, and whose followers claim to have received true spiritual salvation through his teachings. The Birth: Baba Ram Rahim was born on 15th August 1967 in village Sri Gurusar Modia, Sri Ganganagar, Rajasthan, India. He was born to Sardar Magghar Singh Ji, a landlord and also head of his village, and Mata Naseeb Kaur Ji, a woman of immense faith in Almighty; after 18 years of marriage.

The prophecy: The well renowned Saint Trivenidas Ji had prophesied that Sardar Magghar Singh Ji’s family would be blessed with a son with celestial qualities, but would leave the family after 23 years to fulfill his purpose. The accolades: Baba Ram Rahim holds in his name, 21 records in Guinness World Book, 44 records in Asia Book, 3 records in Limca Book and 7 records in India Book of records – all of them for conducting various welfare activities.

Despite him not being present in the Ashrams, Baba Ram Rahim’s followers have been following his sermons just like earlier and have been actively participating in various welfare initiatives. They claim that Baba Ram Rahim’s method of meditation has helped them recover from diseases like stage three cancer and AIDS, and they believe that there is some reason behind every step that Baba Ram Rahim takes.

Also, I like to mention those works which I witnessed on that day(23rd September that despite of heavy rainfall, there are lacs of dera volunteers all-around. some are attending the ceremony (or in their words naamcharcha), while some are busy in blood donation camps, donating the tricycles to needy, free ration, and even new homes were constructed and their keys are given to the needy. wherever I look some kind of welfare work is going on. So, overwhelmed to watch their unparalleled passion. I am truly amazed by the strong belief of these people and, to some extent, I have begun to understand the reason behind such a dedication. They refuse to give up on their faith in Baba Ram Rahim because of the peace they have felt here, they don’t feel it at any other corner of the world. And they are right in their own way; the constitution does provide us with the freedom to follow our faith, after all, we are a secular nation.

All in all, this place has a lot more to offer than how it is being portrayed and I’ve realized that I might need a few more visits to Dera Sacha Sauda to really get to know more about them, to feel that sense of belongingness again. Because, what else do we long for, if not a connection?

Gurmeet Ram Rahim Singh: How A Commoner Turned Into A Spiritual Saint? 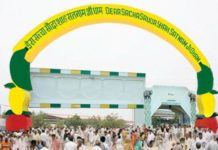 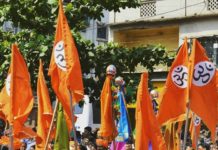 Disconnect With A Silent Retreat And Find A Deeper Connection