After the long hustle and bustle, why not to end your week with some entertainment. But of course before going to entertain yourself especially via movie, one must go for its reviews. So here I have penned down my review on the recently released action, sci-fi and thriller movie, yeah! You guessed it right I am going to write about Robot 2.0

Robot 2.0 is the sequel of its last released Enthiran (2010)/Robot. The movie is written and directed by the well-known director S Shankar. Well, if we talk about the plot of the movie it starts with an ornithologist committing suicide hanging himself on the mobile tower. After that suddenly the mobile phones of everybody in Chennai started flying or crawling from their hands or desks and mobile phones together take the form of the giant bird. Then Dr. Vasigaran (Rajnikanth) being called up to investigate the matter and asked to reassemble Chitti (which was disassembled in its last movie) to deal with Pakshi Rajan (Akshay Kumar – The Giant Bird, he is the same man who hanged himself on the mobile tower).The story is about the revenge of Pakshi Rajan (Akshay Kumar) from mankind using smartphones as its rays are harming birds with its radiation and stopping Chitti version 2.0 (Rajnikanth) from doing any harm to mankind.

The story somewhere, in the beginning, doesn’t appeal much to the audience but after the first half, you will start taking interest in the movie. Those who are the fans of Sci-fi fantasy Hollywood movies must go to watch this movie as they should come to know that now our Indian Cinema can give them movies like Hollywood.

If we talk about the special effects and VFX of the movie, they are just amazing that makes this movie the must watch a movie in theatre only and that too in 3D. If we see the VFX of the movie, then we can compare it with the movies of Hollywood as it is exceptional. The giant crow creation is fabulous. And of course, how can we forget the crawling of mobile phones that you can see in the trailer too.

A movie is incomplete without its songs and the music of the movie is given by none other than AR Rahman and it has been released in Tamil, Telugu, and Hindi as well. Its Hindi songs are Mechanical Sundariye, Rakshasi, Nanhi Si Jaan. The Track Mechanical Sundariye is getting very popular in Tamil.

Last but not the least we will talk about the star cast which includes Rajnikanth, Akshay Kumar, Amy Jackson, Sudhanshu Pandey, Adil Hussain. Everyone has done justice with their roles. And I must say its the treat to watch Akshay Kumar as Pakshi Rajan because as per the sources it takes 10 hours to get ready for his character.

All in All, a movie which has Hollywood essence, if we compared it to VFX, ordinary storyline, an amazing social message which today’s generation must watch so that they get to know what they are doing with their heavy usage of mobile phones. 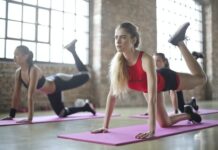