Today, in a major decision take by the CBI court Panchkula, regular bail was granted to Baba Ram Rahim in the castration case. In a charge sheet filed by CBI on Baba Ram Rahim along with Dr MP Singh and Dr Pankaj Garg (already on anticipatory bail) were charged for castration under multiple IPC sections, despite no evidence against Baba Ram Rahim. Earlier a CBI magistrate Sunil Rathi had rejected the bail plea on 23rd August following which Baba had challenged the same and moved the bail application to special CBI judge Jagdeep Singh.

The news is a source of happiness sand relief to all the Dera Followers who have kept their faith intact. Today on 5th October, they have been commemorating the death anniversary of Bapu Maghar Singh Ji, the father of Baba Ram Rahim and have been doing blood donation across the world; the bail news certainly comes across as a breeze of fresh air to them. They believe that in eventuality, it is the truth that prevails and that the cases filed against Baba Ram Rahim are part of a conspiracy against him. In a big democratic country like India, where the judicial decisions take a very long time, one can only hope that any innocent person should not have to suffer for the crimes he has not committed and we certainly anticipate that justice will prevail. 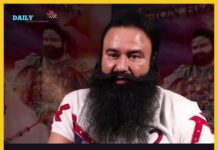 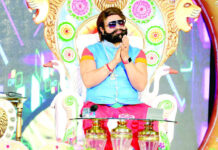 9 ways to make your father feel special on this Father’s...

Give A Big Cheers to New Year…!