Home Guest Blog Eid Al-Fitr – A Festival to Celebrate The Spirit of Sharing and...
Here comes on the biggest festival of the people of the Islamic Religion, though it’s being celebrated nowadays widely by other religions people too still it remains a Religious function as the practices to celebrate it are bit conventional and not all can manage to do so.
Basically, the word Eid Al-Fitr means the breaking of the fast or the Festival of breaking the fast. It marks the end of the month of Ramadan or Ramzan. The Eid Al-Fitr commence on the very first day of the month of Shawwal. It follows the fasting of continuous 29-30 days during the holy month of Ramadan or Ramzan. The date of celebration of the Eid Al Fitr is always the start of the month of Shawwal, the date of the beginning of lunar Hijri (the Islamic Calendar). And it depends upon sighting of the crescent moon by a forum of religious clerics (Moulavis).
On the occasion of Eid Al-Fitr a special morning Salat (Islamic prayer or widely known Eid Ki Namaz). Which carries two Rakats (Units)and mostly performed in the bigger hall or open EidGahs (Special mosque for Eid prayers). There is a belief among Islamic religion that they are commanded by Allah, as mentioned in Quran(holy book of Islam), to continue fasting till last day of the Ramadan or Ramzan and they must pay Zakat Al-Fitr (to spare money for the needy ones) before offering Eid Prayers.
The exact story behind this day’s celebration goes back to the time of the Islamic Prophet Mohammad, this festival was started in Madina after the migration of Prophet Mohammad from the City of Mecca. (that is the reason both Mecca and Madina are the most respected cities in history and culture of the Islamic religion).
In the Arab Nations mostly they celebrate Eid Al-Fitr for 3 days. Though the massive celebrations go in place on the first day all over the world with firecrackers and lightings up the cities and notable buildings. But as mentioned above the basic principle behind this festival is to share from one’s savings and to serve poorer of the society and in few nations, it is mandatory to spare some money as an obligatory act of charity and a certain amount is being declared through a decree(dependence upon a particular region). Post doing all this the Eid prayers or Eid’s Namaz is offered and people greet each other by hugging thrice(kind of hug and leave gesture). The kids are highly anticipated on this day of the Eid Al-Fitr as they get to wear new clothes and gets Eidi (the gifts of Eid). This particular Eid is also well known with a Name Of Mithi Eid (Sweet Eid)or Saweiyan wali Eid as in South Asian region nations people make Seweiya (vermicelli) mix up with milk and punch of dry fruits. There are different ways of celebration nowadays worldwide to mark this day but the core values of Islam remains the same irreplaceable till date. Though in recent past Eid Al-Fitr became a second best festival in terms of commercial sales, after Christmas.
In Middle East nations it is said to be the biggest sales grossing day too as people generally love to do shopping on such events as Lot Of lucrative offers being flooded in the market on this kind of event.
Overall it is a reason to celebrate human values of sharing and caring along with praying to Almighty to bless all. 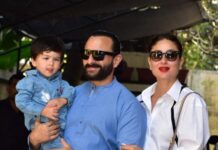 The Heights of the High: Drug Abuse