Virgin Galactic is a British American spaceflight Company having Headquarters at Mojave, California and United States. The Company is getting lot of publicity from the media due to having Sirisha Bandla as a crewmate.

Sirisha Bandla, the vice president of Government Affairs and Research Operations at Virgin Galactic, having Indian roots in her blood, she grew up in Houston and now is going to make every Indian proud by flying into the space. Indian American Sirisha Bandala will be among five other crewmates and is about to blast off on July 11 from New Mexico. As an Astronaut no.4, she is going with the crew as a research expert.

Moreover, she has expressed her gratitude and excitement through her recent tweet and a video which is as below:

Additionally, Richard Branson has also given a statement saying that he is proud to have such an amazing team on his side. He has further indicated towards a surprise news through his words conducted to the public.

“When we return from space, I will announce something very exciting to give more people the chance to become an astronaut because space belongs to us.” He added.

This news has become a content of publicity shortly that the astronaut, Sirisha herself is overwhelmed by the greetings and wishes from the people of her motherland as well as native land. She has twitted further about her feelings as:

“I really did not need to tweet this since my friends flooded the feed yesterday with it. I was overwhelmed (in a good way!) by messages of love, unrecognizable capital text, and positivity yesterday. Slowly working my way through them…one platform at a time!”

Even the other personalities like Mr. Branson has expressed his emotions on this about to have a valuable experience that he had always been a dreamer .By remembering his mother, he has also added that his mother had always taught him never to give up and to reach for the stars. He shared a video too with a great determination writing ,”On July 11, its time to turn that dream into a reality abroad the next ‘Virgin Galactic’ spaceflight.”

The grandfather of Sirisha Bandla, an Indian American, has given an interview in which he said that he had always seen her zeal to achieve something big. He further expressed his happiness saying that “Now, finally, she is going to fulfill her dream.” He was sure that her granddaughter will succeed in this upcoming great mission and will make her country proud.

The “Unity 22” mission is the 22nd flight test for VSS Unity and 4th crewed spaceflight of the famous company, Virgin Galactic. As per reports, the flight will be of 60-75 minutes. There will be 2 pilots and 4 mission specialists in the crew including Mr. Branson. There is a one more exciting news for the space lovers that this flight is going to be the first live stream of Virgin Galactic and the viewers can easily enjoy the whole scenario by sitting at their respective homes. Four mission specialists include Beth Moses, Colin Bennett, Sirisha Bandla and Richard Branson.

*Beth Moses is a Chief Astronaut Instructor at Virgin Galactic and will serve as cabin lead and test director in space.

*Colin Bennett is a Lead Operations Engineer at Virgin Galactic and will evaluate equipment, procedures and experience.

*Sirisha Bandla as stated above is a Vice President at the company and will be evaluating the human tended research experience.

The pilots for this mission are Dave Mackay and Michael Masucci for VSS Unity, and CJ Sturckow and Kelly Latimer flying VMS eve.

In the end, we would like to greet and best wishes to Unity 22 team for their great journey and we are looking forward for an honored experience! 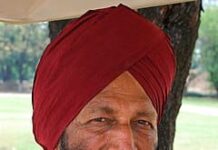 25th January – The Incarnation of Divine Power on Earth