Every year 24th March, is observed as “World Tuberculosis day”, it is to raise awareness about global epidemic of TB and to do efforts to eliminate the disease .

Tuberculosis day was first created by the “World Health Organization” to spread knowledge and awareness of tuberculosis, a communicable disease that kills millions per annum. Tuberculosis is definitely curable, but it can lie dormant and undetected for years, so it’s important to spread awareness.

It was German physician and bacteriologist, Dr. Robert Koch, who discovered “Mycobacterium tuberculosis, the bacillus” that causes the disease. This leads the way towards diagnosing and curing the disease.

Tuberculosis, is a contagious infection caused by a bacteria called, Mycobacterium tuberculosis. Tuberculosis mainly attacks the lungs but also can spread to other parts of your body. One of the main problem with tuberculosis is that it can affect any part of the body. The most common type of tuberculosis that is encountered in India is pulmonary tuberculosis, a type that affects the lungs.

Here is the brief information on tuberculosis, what causes it, what are the clinical symptoms, the different types of tuberculosis. Read further to know more.

In this, You have the germs in your body, but will be stopped by your immune system from spreading fruther. In this the body does not show symptoms. But the infection is remain alive and may at some point become active. If you’re at high risk for re-activation — as an example, if person becomes immunocompromised like infected with HIV, or in the past 2 years, chest X-ray is unusual, — doctor will prescribe medications to stop active TB.

This happens when the germs multiply and make you sick and the tuberculosis in you become transmissible, means it can be spread to others.

ANOTHER WAY of classifying the types of TUBERCULOSIS

Another way of classification of tuberculosis is on the basis of the organs affected due to the disease.

PULMONARY TUBERCULOSIS, this is when the bacteria affects the lungs. Breathlessness is a symptom of lung tuberculosis, in addition to fever and weight loss.

BLADDER TUBERCULOSIS, or KIDNEY TUBERCULOSIS:
this is when the bacteria affects the bladder, this condition is called TB cystitis. The infection leads to the presence of pus in the urine along with a burning sensation. However, there are cases in which, when a urine culture test is done, there is no evidence of any organisms. This is called sterile pyuria.

Sometimes, tuberculosis can affect the kidneys, which can lead to pain in the flanks, increased frequency of urination.

GASTROINTESTINAL TRACT TUBERCULOSIS :
In this the Tuberculosis can affect any part of the gastrointestinal tract all the way from the food pipe to the last part of the bowels. As the area which can be affected has increased, there are also number of different symptoms showcasing this condition such as difficulty swallowing, diarrhoea, poor absorption of nutrients, abdominal pain, ulcers in the stomach, low-grade fever and generalised fatigue.

In this the primary symptom is pain along the spine. As the main part get affected by infection is the spinal column, the muscles nearby the spine begin to get irritated and can go into spasm, leading to back stiffness. In rare cases, it can lead to paralysis of infected person.

Brain tuberculosis is named as tuberculous meningitis or TB meningitis. In this the patients experience variable degrees of headache with change in mental health. If the infection persists and is not treated soon, the patient may slip into coma.

Those People who are constantly exposed to the people who have the bacteria are more prone to getting infected. Tuberculosis generally affects people of the lower socio-economic classes due to lack of sanitary conditions and closed living spaces.

Drug abusers can also get affected easily by tuberculosis, because of the presence of the human immunodeficiency virus (HIV) which is strong risk factor for tuberculosis.

Tuberculosis can easily spread among the children with poor immunity at younger age. If they are exposed to someone with tuberculosis, they can get infected immediately as their immune system is not strong enough to fight against the bacteria.

People who have cancer or diabetes should take extra care of themselves as they also have low immunity and are prone to developing tuberculosis.

Diagnosis of tuberculosis is a laborious process, because tuberculosis can sometimes be active, but in some individuals, it can be latent.

MANTOUX TEST:
This is a skin test for tuberculosis, in which an extract that is made from dead mycobacterium is injected right under the surface of the skin, to observe the reaction. If the skin gets swallowed, got redness and there is firmness in injected area. The presence of all three of these in a significant manner means a positive test.

CHEST X-RAY:
This is a very useful test for the diagnosis of pulmonary tuberculosis.

ULTRASOUND SCAN OF THE ABDOMEN:
This is very useful to determine if there is any infection or abnormality within the abdomen. Being affected with tuberculosis, there may be certain specific changes that can be seen in the liver and other vital organs, with ultrasound these changes can be detect and medications can be prescribed to the patient.

CT SCAN OF THE BRAIN :
This is done, when tuberculosis affects the brain, a CT scan can help to determine the extent to which the brain is affected

CAN TUBERCULOSIS BE CURED?

At some point of time, Tuberculosis was the main reason for major number of deaths in many countries.

Today, most cases are cured with antibiotics. But it takes a long time. You will be required to take medications for minimum 6 to 9 months. Tuberculosis now is not that much deadly diseases bacause of the treatments available, but one must recognise it’s symptoms at early stage and get medications.

Once the treatment is done, further investigations can be done to ensure that no tuberculosis bacteria has remained in the body.

A healthy diet is not a cure of TB, but a poor diet can make TB worse, so the person affected by TB should take a healthy balanced diet and include cereals, pulses, vegetables, fruits, protein-rich foods and energy-rich foods. All these can help you get stronger as the medications keep fighting the infection. 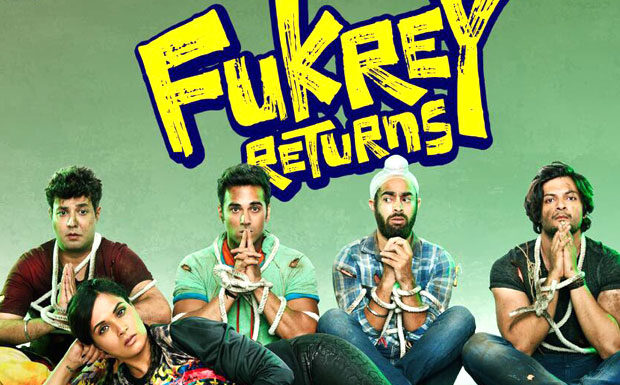 Fukrey Returns: Be Ready To Laugh But Only If You Can Handle The Story

Health is Wealth. Tips to maintain this wealth in Winters are here !

Coronavirus Vaccine Will Likely To Come By Next Year: Union Health...